About PAY IT FORWARD: "Pay It Forward" is a wondrous and moving novel about Trevor McKinney, a twelve-year-old boy in a small California town who accepts the challenge that his teacher gives his class, a chance to earn extra credit by coming up with a plan to change the world for the better -- and to put that plan into action.

The idea that Trevor comes up with is so simple and so naive that when others learn of it they are dismissive. Even Trevor himself begins to doubt when his "pay it forward" plan seems to founder on a combination of bad luck and the worst of human nature
.
What is his idea? Trevor chooses three people for whom he will do a favor, and then when those people thank him and ask how they might pay him back, he will tell them that instead of paying him back, they should each "pay it forward" by choosing three people for whom they can do favors, and in turn telling those people to pay it forward. It's nothing less than a human chain letter of kindness and good will.

Does his plan work? No. And yes -- it works wonderfully, but only after it has seemed to Trevor that maybe all his efforts have been for naught. The first person he chooses to help -- a homeless man to whom he gives his paper-route money so he can make himself presentable enough to find a job -- disappoints him by returning to a life of dissolution and eventually ending up in jail. The second is a lady on his paper route, old and alone and infirm, and with a garden that needs tending. No sooner has Trevor begun to help her, however, than she goes and dies on him.

The third personTrevor hopes to help is his teacher, Reuben St. Clair, a scarred, bitter, untrusting man who seems to come truly alive only when in front of his class. Trevor's goal is to match him with his mother, Arlene, a pretty, hardworking woman who has raised Trevor more or less alone, but who Trevor feels has a lot to offer the right man. It proves not to be a match made in heaven, though, and Trevor's dismay only deepens as he watches these two people come so close to achieving the connection he wants for them, only to turn away at the last moment.

Failure seems inevitable, and Trevor is resigned. What he doesn't realize, however, is that there really is a good side to human nature, and that the tiny seed of kindness and caring he planted has taken root. In neighborhoods in other California towns, and as far away as Los Angeles, there are others following the rules of "paying it forward." Soon fame comes knocking, bringing with it excitement and an unforeseen tragedy. 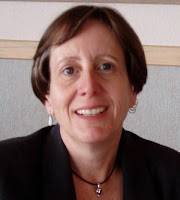 BIO: Though I don’t want this to be all about business (and it won't be—I promise), I'm the author of a large (and growing) number of published and forthcoming novels. But I'm guessing you've just been to my home page, which tells quite a bit about them. So I won't repeat all that information here. You can also check out my book pages if you want to know more about any of the titles. You can view video excerpts, read a synopsis, or check out what the reviewers had to say. I've tried to give a brief description of each book in my own words. In addition to my writing, over the past few years I’ve done a lot of professional public speaking. I was privileged to speak at the National Conference on Education and at Cornell University. I even got to share a dais with Bill Clinton for three speeches. And I was invited to the White House for the movie screening of Pay It Forward.