The Write Stuff for Boston Auction Day 2
Item #2: Signed ARC of YA novel ONE from Author Leigh Ann Kopans

It makes you a One.

Sixteen-year-old Merrin Grey would love to be able to fly – too bad all she can do is hover.

If she could just land an internship at the Biotech Hub, she might finally figure out how to fix herself. She busts her butt in AP Chem and salivates over the Hub’s research on the manifestation of superpowers, all in hopes of boosting her chances.

Then she meets Elias VanDyne, another One, and all her carefully crafted plans fly out the window. Literally. When the two of them touch, their Ones combine to make them fly, and when they’re not soaring over the Nebraska cornfields, they’re busy falling for each other.

Merrin's mad chemistry skills land her a spot on the Hub's internship short list, but as she gets closer to the life she always wanted, she discovers that the Hub’s purpose is more sinister than it has always seemed. Now it’s up to her to decide if it's more important to fly solo, or to save everything - and everyone - she loves. 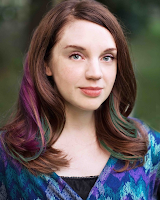 Bio: Raised on comic books and classic novels, Leigh Ann developed an early love of science fiction and literature. After earning degrees in Sociology and Hebrew, she went on to become a rabbi at The Ohio State University. Surrounded by college students, she found her niche writing young adult science fiction and romance.

Leigh Ann, her husband, and four children live in Columbus, Ohio, which sadly lacks superheroes but does have the best football and fabulous ice cream.