The Write Stuff for Boston Auction Day 4
Item #3: A query letter critique with follow up e-mail from Author Joanne Levy 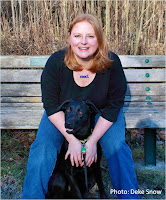 Bio: Joanne Levy’s love of books began at a very early age. Being the youngest and the only female among four children, she was often left to her own devices and could frequently be found sitting in a quiet corner with her nose in a book. After much teenage misadventure, Joanne eventually graduated from university and now spends her weekdays as an executive assistant at one of ’s big banks planning meetings and thwarting coffee emergencies. When Joanne isn’t working, she can usually be found at her computer, channeling her younger self into books. Joanne still lives in with her husband and kids of the furred and feathered variety. You can follow Joanne on Twitter or find her on Facebook.