The Write Stuff for Boston Auction Day 2
Item #6: 30 page MS critique and a signed copy of MY 13TH SEASON from Author Kristi Roberts

About MY 13TH SEASON: Fran Cullers is having a horrible summer. She was a star player on the Little League team in her old town, so the Highwater Hardwares should be thrilled to have her—except that they hate girls. Fran can run rings around these guys, but they won’t even give her a chance. So she sets out to teach them a lesson. But Fran finds out that vengeance is a dangerous thing. Her best friend stops talking to her. Her childhood hero gives up on her. And Fran, who has already faced some terrible losses, is about to lose the most important thing in her life forever—baseball. Can she pull her game together before it’s too late? 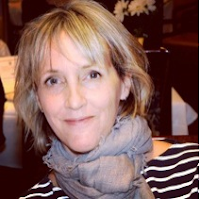 Bio: Kristi Roberts is a middle grade author. Her first book, My Thirteenth Season, was given a starred review by Booklist, named  one of 2005′s “Ten Best First Novels,” and nominated for the ALA Best Books for Young Adults. She is a 2011 scholarship winner to the Norman Mailer Writer's Colony in . Still wrestling with her second novel, she lives in and works in advertising.
Kristi’s Website: www.Kristiroberts.com